Application advantages of LED in floodlighting of civil aircraft cockpit

This paper first analyzes the relevant standards for cockpit lighting and proposes the design requirements for floodlighting. Secondly, combined with the characteristics of the LED light source itself, the advantages of LEDs for floodlighting are analyzed. Thirdly, the design of floodlighting is analyzed in detail from four aspects: light color, power supply, layout and dimming control, and a scheme is formed: white LED, 28VDC power supply, PWM dimming. Finally, the appropriate luminaires are used for simulation testing to verify the rationality of the design.

The existing standards for civil aircraft cockpit lighting are broadly divided into airworthiness regulations and industry standards. The Airworthiness Regulations CCAR-25 have only made qualitative requirements for cockpit lighting and have not yet submitted quantitative requirements. At present, most of the national military standards and aviation industry standards have been formulated in the 1980s and 1990s. The lighting technical parameters mentioned in these standards cannot fully meet the requirements of modern civil aircraft. The most representative of the foreign standards are the US military standards and SAE standards. Most of these standards are formulated after 2000, which can better reflect the level of modern lighting technology and can be used as a design input for floodlighting.

By comparing the relevant standards, according to SAE-ARP4103 and SAE-ARP1161, the quantitative design requirements for cockpit floodlighting are given, as shown in Table 1.

2. Advantages of LEDs for floodlighting

The rational design of floodlighting involves more practical engineering problems, and the choice of lighting source is one of the more prominent problems. According to the survey, most of the current civil aviation aircraft use traditional incandescent lamps (especially halogen lamps) or fluorescent lamps as the cockpit illumination source, while new types of civil airliners, such as the A380 and B787, use LEDs to varying degrees. LEDs are introduced into aircraft cockpit lighting for its advantages in certain aspects such as energy savings, long life, stability and shock resistance.

The LED uses a combination of minority and multi-child in the PN junction to achieve illumination, and the emission wavelength corresponds to the forbidden band width of the PN junction. The LED is used as an illumination source with the advantages of small size, high reliability, cold start, good brightness adjustment, and safer operation of low voltage DC. LED is a primary light source. In the process of illuminating, electric energy directly becomes light energy. When it is kept at the same brightness as ordinary incandescent lamps, its power consumption is only one tenth of the latter. LEDs are solid-state light sources with no moving parts and fragile parts (such as filaments) for good vibration resistance. The life of LEDs can generally reach 20,000 to 100,000 hours, much higher than incandescent lamps, and the response speed is fast. Compared with fluorescent lamps, LEDs do not contain mercury that is harmful to human health and are a non-polluting source.

Throughout the development of aircraft cockpit lighting, there are four kinds of light colors such as red light, white light, blue white light and night vision green. GJB455-88 believes that the cabin lighting can be selected from red, white and blue and white, and its chromaticity coordinate range is specified. SAE ARP1048 and SAE AS264 only mention red and white light, and only require red wavelengths above 600 nm. MIL-DTL-7788H requires four colors of light.

The choice of illumination color is mainly based on the needs of different visions, that is, according to the flight requirements and overall requirements of different aircraft to choose the appropriate illumination color. In general, for civil aircraft, the aircraft has a long range and long flight time, and it emphasizes the creation of good and comfortable working conditions and environment for the pilot. Because the pilot performs fine work for a long time, it is very easy to cause visual fatigue. Therefore, it is more suitable to use white lighting for the cockpit illumination color of the medium and long-range civil aircraft. For the mission, the pilot is required to maintain the best external vision, that is to say, for the mid-low altitude flight, it is necessary to frequently replace the aircraft in the observation cabin and the cabin, and the flight time is shorter. The cockpit is suitable for red light illumination. For the mission to distinguish between weak color differences, but also to roughly observe the details of the target, choose between blue and white light between red and white light is more appropriate.

LEDs are controlled using low-voltage DC power (current), so when using LED lighting, high demands are placed on the aircraft power system. According to the survey, the power systems used by military and civilian aircraft at home and abroad mainly include 115/200V 400Hz constant frequency AC, 115/200V inverter AC, 28V low voltage DC, and a hybrid power system consisting of 28V DC and 115/200V inverter AC. The first two power systems do not provide a low-voltage DC power supply. If LED lights are used, each LED light must be equipped with a power supply box. This will increase the weight of the lighting system and the reliability of the system will be reduced. The latter two power systems directly provide a 28V DC power supply, which is more suitable for the use of LED light sources.

The arrangement of the floodlights not only allows the pilot to see the control panels, but also avoids glare as much as possible, so that the light is soft and provides a comfortable light environment. 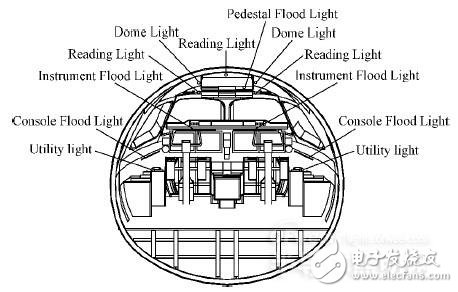 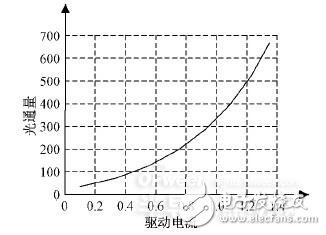 The LED can realize fast switching, and the switching speed can be up to microseconds, which is unmatched by any light-emitting device. Therefore, by using a constant current source, the brightness can be changed by changing the on-off time of the LED (in the case of a constant current, The brightness of the LED is proportional to the on-time), ie pulse width modulation (PWM) dimming.

PWM dimming essentially controls the on and off of the LED through the PWM signal. At a fixed frequency, the on/off time of the LED is changed by adjusting the duty cycle of the pulse. The current value of the LED is either zero or a constant value throughout the working process. Since the visual persistence effect of the human eye is utilized, the human eye feels continuous and stable light to the brightness of the LED after reaching a certain frequency.

a) Ensure the consistency of the color of the dimming process: Changing the current of the LED will change the PN junction temperature of the LED, which will cause the power distribution of the emission spectrum to change, which will cause the color of the luminescence to change. PWM dimming only changes the current pulse width to adjust the brightness of the LED. The current value does not change during the power-on time, so PWM dimming can ensure the color consistency of the dimming process;